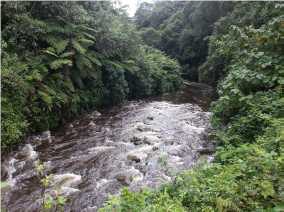 The Paris Agreement under the UN Framework Convention on Climate Change (UNFCCC) entered into force in November 2016; marking a new era of climate action that will put the world on a path to eliminating carbon from the global economy by the second half of the century.Taking action on climate change means adopting and implementing ambitious programs to limit emissions of greenhouse gases to levels compatible with the well-being of the ecosphere, while supporting communities around the world to adapt to the unavoidable impacts of the climatic changes that are already being observed. It also means embracing the potential of the green economy – a more sustainable way of life that balances economic, social, and environmental priorities.

We can mitigate climate change by reducing greenhouse gas emissions in a variety of ways. These include promoting greater energy efficiency and use of renewable energy, as well as building more sustainable urban transport. Since land, forests, and oceans store carbon, we also need to adopt smarter ways to preserve and restore these “carbon sinks.” Adaptation helps people cope with increased risks to their lives and livelihoods from a changing climate. Climate change is already affecting weather patterns, water resources, crop yields, and marine ecosystems. The poor, who are least able to cope, are the hardest hit. Increasingly, policymakers recognize the need to integrate climate-resilient strategies into long-term development programs.

GRADIF-K has been undertaking various environmental conservation and Climate Change intervention working with various collaborators in different counties in the past 8 years.  To scale up this programme, in 2014 GRADIF-K entered into partnership with the UNDP/GEF/SGP to implement a Climate Change Adaptation Project in Tharaka Nithi County Titled: Tharaka Nithi County Adaptation Project to enhance Community Capacity and Socio-Economic Resilience. The project is as a build up to the already ongoing Natural Resource Management and Climate change impact mitigation & adaptation interventions supported under the Economic Livelihoods empowerment thematic area. The project is making efforts to address the gaps on Climate Change mitigation & adaptation which have been identified during the implementation of the concurrently ongoing Natural Resource Management (NRM)/ Agriculture project funded by Act Change Transform (ACT!) organization with funds from the Embassy of Sweden in Kenya. The project implementation is rooted on the invaluable lessons learned in the NRM/Agriculture project to effectively and successfully deliver the set objectives and the goal.

The GRADIF-Kenya County Adaptive Project goal is to build the Socio-Economic resilience of the targeted communities while enhancing their capacity to adapt to climate change, in the targeted Counties. This is being achieved through capacity building of the targeted community groups, county government and other key stakeholders to develop and implement climate change-sensitive development policies, plans and projects supportive of poverty reduction and sustainable development, formation and strengthening of a functional multi-level network of stakeholders, adaptive capacity building and policy influencing. The project key strategy is a model of an adaptive county, where both policies and practices are climate sensitive. The project is further encouraging diffusion of technologies that are essential in adapting to climate change at the level of local communities, through demonstrations.

Impact of the GRADIF-K Climate Change mitigation and adaptation project on Environment and community to date:

Emergency of community centers of excellence in climate change adaptation and mitigation as well as in integrated community development initiatives.